Everyone knows that our personality plays a large role in daily life, from our need for adventure and our desire to hang out with friends, to our discipline in work and our compassion with others. But when we talk about personalities in animals, or non-human animals as I like to say, many may feel it is different. Although most people use personality related terms when talking about our pets, the majority of people may still believe personality is a uniquely human characteristic. The interesting thing is, personalities exist throughout the animal kingdom!

Until about ten years ago researchers talked about the behaviour of animals in general terms, ignoring the behavioural variation between individuals because it was considered ‘noise around the mean’. However, during the last ten years, more and more researches have shown that personalities exist in a wide range of species. From birds to bees, all species so far investigated show that individuals often behave very different from one another and do so consistently throughout their lives in a similar way like we do ourselves. For example, some individuals might be bolder or more aggressive while others are more sociable and tend to follow others.

From the recent surge of scientific interest in animal personalities we now know such behavioural differences have fundamental ecological and evolutionary implications and are central in the behavioural organisation of individuals. However what has still remained largely overlooked is the role played by such personality differences in the behaviour of the group. Are certain personality types more inclined to lead group decisions and others more inclined to follow? Does the composition of personality types in a group affect its success? 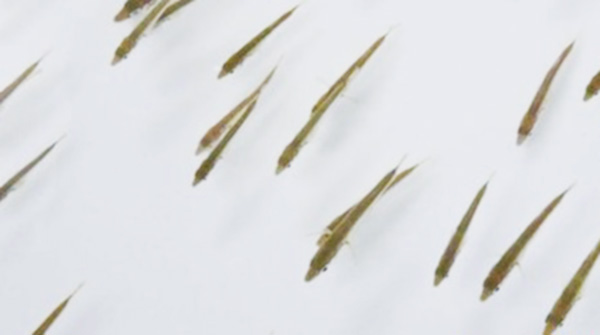 Most of my current research is revolved around these guys, Three-spined sticklebacks, a great model species to look at the link between animal personality and collective behaviour

These kind of questions are exactly the focus of my PhD work. By studying a range of captive and wild animal species, such as crows, rats, and fish, I aim to increase our general understanding of personality, how this may affect social decision-making, and the consequences this may have. By combining knowledge about personality across a range of species, we may ultimately get closer to understanding ourselves and explain how differences between individuals may help us create better decisions.

My latest paper, a review and guide about Raspberry Pi's in Biology is online as preprint https://ecoevorxiv.org/qh9sz/ and the Raspberry Pi Foundation featured it today on its blog! 👏

Over the nine-ish years since the release of our first model, we’ve watched grow a thriving global community of Raspberry Pi enthusiasts, hobbyists, and educators. But did you know that Raspberry Pi is also increasingly used in scientific research?

Over the nine-ish years since the release of our first model, we’ve watched grow a thriving global community of Raspberry Pi enthusiasts, hobbyists, and educators. But did you know that Raspberry Pi is also increasingly used in scientific research?