jollethebiologist
•
Follow
A couple of weeks ago I visited the primary school #escolaboragran in Serinya, Girona, to give a biology class to the children of 3r (~8y). I was actually a bit nervous as it was my first talk completely in Catalan, but I believe the children understood everything I said 😅 Besides talking about the natural world around us, and the importance of protecting it, I thought it was nice to explain them about how it is to be a biologist and scientist, and what it is I actually do every day. It was really great interacting with the kids and getting lots of interesting questions. But I was even more happily surprised to suddenly receive a massive notebook with beautiful drawings and explanations of the students about everything I talked about! Hope to soon bring the class with me to the lab and the field. Fa unes setmanes vaig visitar l'escola primària de Serinya, Girona, per donar una classe de biologia als nens de 3r (~8y). De fet, estava una mica nerviós ja que era la meva primera xerrada així completament en català, però crec que els nens ho van entendre tot 😅 A més de parlar del món natural i de la importància de protegir-lo, he pensat seria bé explicar-los com és ser biòleg i un científic, i el què faig cada dia. Va ser fantàstic interactuar amb els nens i rebre moltes preguntes interessants. Però em va sorprendre encara més de rebre de sobte una llibreta massiva amb dibuixos preciosos i explicacions dels alumnes sobre tot el que vaig parlar! Espero portar aviat la classe amb mi al laboratori i al camp. #biologyclass #scienceoutreach #primaryschool #publicengagement #schooltalk #stickleback
View on Instagram |
1/9

jollethebiologist
•
Follow
I am very excited to say that @galdric98 joined the team to help establish our field system here in Catalunya to study the effects of droughts on river ecosystems and fish populations. Galdric is an environmental biologist and keen naturalist and nature photographer that knows the region very well, so I am happy I was able to hire him as a field technician with support from my @insidenatgeo Explorer grant! Here we are discussing the protocols for the environmental monitoring and fish sampling, and the streams we will be exploring and documenting using GIS 🏞 #fieldwork #fieldtrip #riversampling #fishsampling #ecology #lifeofascientist #gismapping #fieldbiology
View on Instagram |
2/9 jollethebiologist
•
Follow
An important step in establishing my own long-term field sites is exploring, and get to know and better understand the many rivers and streams in the region. Besides extensive days in the field covering long distances walking through streams, I also really enjoy going out in the weekend with the family and discover some new streams with my kids! #riverexplorer #catalunya_natura #riusdecatalunya #riuser #childreninnature #fieldwork #familyhike #worklifebalance
View on Instagram |
3/9 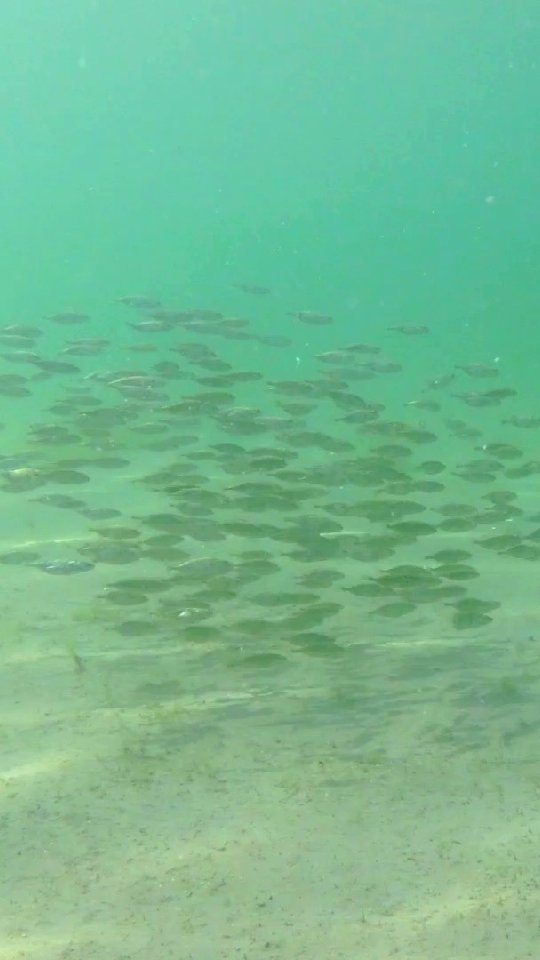 jollethebiologist
•
Follow
The three-spined stickleback has been one of my main study species for over 10 years now. It is a small little fish that is common throughout most of the northern hemisphere and is a model species for ethology, ecology, and evolution. They are a fascinating species and I got especially hooked working with them because of their large inter-individual variation and strong social tendencies and collective behaviour. In this video I took while snorkling in the Bodensee, you can see their highly cohesive schooling and beautifully synchronised behaviour that is characteristic of this population. For my current work in Catalunya I have started to also focus on understanding how these fish, so common and resilient in the rest of Europe, are actually strongly endangered in Spain and are struggling to survive competition of the invasive mosquitofish and the effects of severe droughts #freshwaterfish #freshwaterecology #bodensee #fishschool #schooling #threespinedstickleback #stickleback #collectivebehaviour #animalbehaviour #fisch #stichling #espinos
View on Instagram |
4/9 jollethebiologist
•
Follow
Most rivers in Mediterranean climates, like here in Catalunya, are strongly intermittent for much of the year, with large sections of rivers drying up for weeks to months at a time. With my research I have started to document in high spatial and temporal detail how these rivers dry up and how that in turn affects the distribution of fish and may result in ecological traps. Here you can see part of a small stream with lush overhanging vegetation where the riverber is already completely dry. The nearest water is a large refuge pool 8m long and 50cm deep about 500m downstream, providing a safe refuge to Mediterranean barbel. #freshwaterecology #rivers #dryriver #fieldwork #catalunya_natura #riusdecatalunya #fieldecology #naturaleza_spain
View on Instagram |
5/9 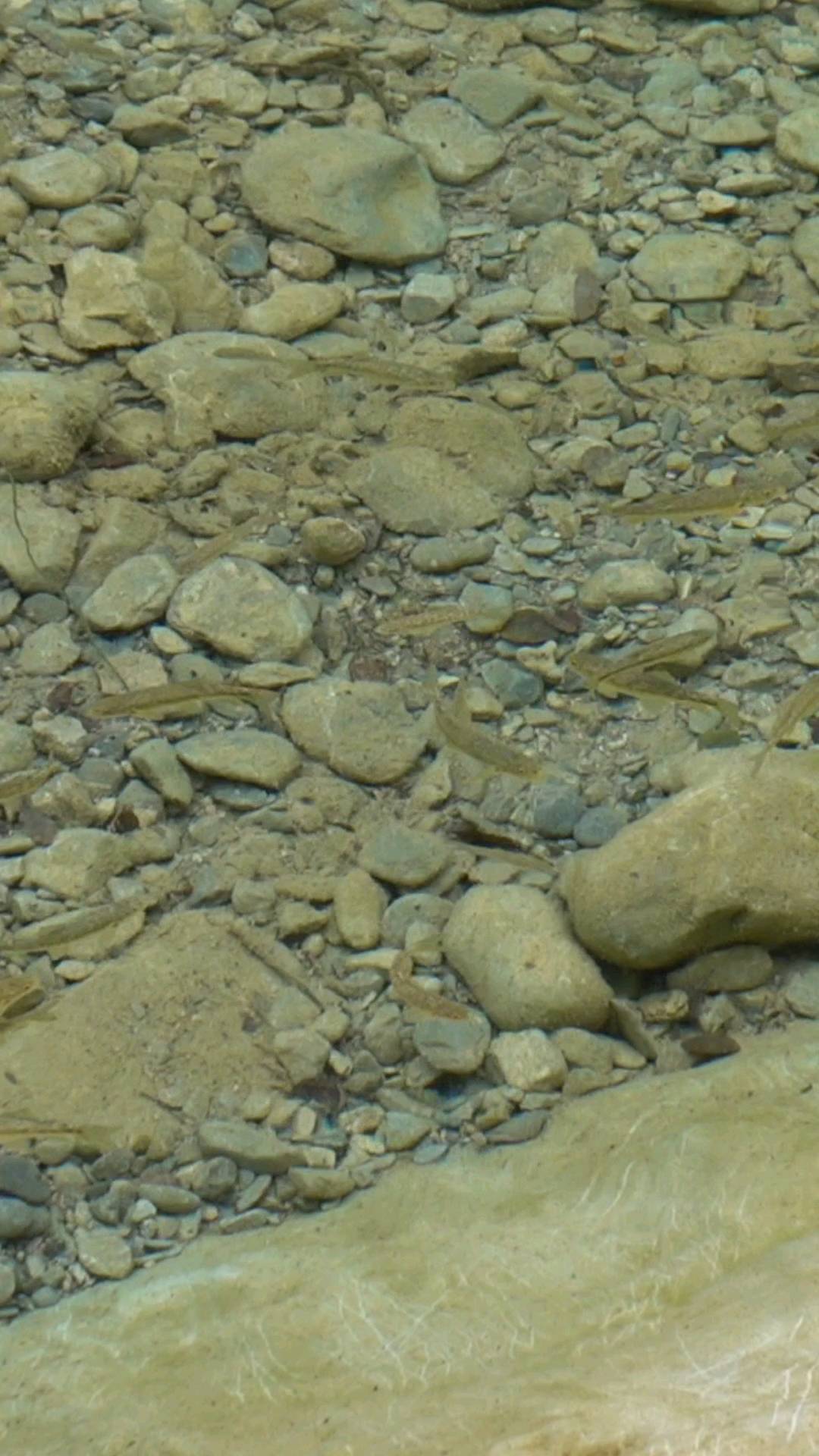 jollethebiologist
•
Follow
Mediterranean Barbel (Barbus meridionalis), is a small species of barbel native to intermittent streams of north-eastern Catalunya and southern France, and is one of my model species. It currently has a very fragmented distribution due to habitat degradation, competition of invasive species, and the intensification of droughts. I am trying to understand how this species can copes with the severe drying of their habitat and found these adults in a large refuge pool in the more permanent reaches of a stream in the foothills of the Pyrenees where they are able to sit out the intense summer drought. #peixos #peces #sadernes #fieldwork #freshwaterecology #fishecology #barbel #catalunya_natura #riusdecatalunya
View on Instagram |
6/9 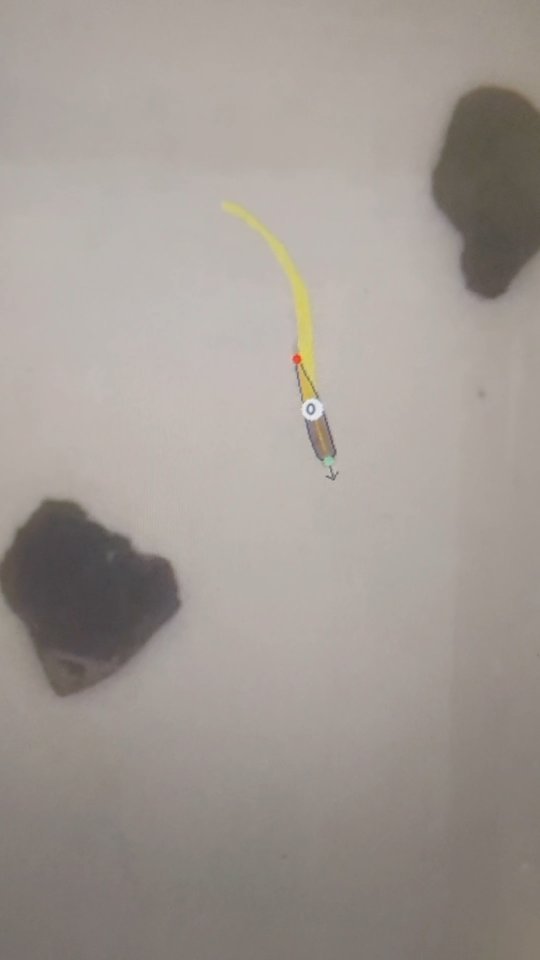 jollethebiologist
•
Follow
My custom-developed tracking software is working very nicely now! It provides detailed positional coordinates and orientation of the fish over time and automatically computes a broad range of behavioural variables. Here I am tracking the exploratory behaviour of a single Gambusia fish to better understand the individual response profiles of how fish deal with drought. This was a bold individual that didnt seem to bothered about the shallow water! #animaltracking #animalbehaviour #fishbehaviour #freshwaterfish #labexperiment #sciencetech #swimmingfish
View on Instagram |
7/9 jollethebiologist
•
Follow
I am very excited to say that as of now I am a National Geographic Explorer! I succesfully applied to an independent grant from the National Geographic Society to help set up the fieldwork component of my project here in Catalunya focused on unravelling how freshwater fish deal with drought 🐟☀️🤿. I will be studying in high spatial and temporal detail how drought changes the stream habitat over time and how that affects the movements and distribution of fish. Specifically, I want to understand how the availability and quality of habitats changes during droughts and how fish distribute themselves in response to these harsh changes, including how they avoid dry areas and may survive in refuge pools. The fieldwork will provide a crucial link with the behavioural studies I will be doing in the lab to better understand the potential individual and social mechanisms underlying how fish cope with drought. I am extremely happy that National Geographic sees the potential of my work, which thereby provides a key stepping stone that can help me establish my own indedepent long-term field study here in Catalunya. As a National Geographic Explorer I am more dedicated than ever to provide insights into all the work I will be doing, so watch this space 📸! #insidenatgeo #natgeo #researchgrant #fieldwork #freshwaterecology #explorer #ecology #descobreixcatalunya #riusdecatalunya
View on Instagram |
8/9

jollethebiologist
•
Follow
Some years ago when working in Cambridge as a research assistant studying a population of wild jackdaws, me and my colleague Alex Thornton got fascinated by the huge flocks of jackdaws and their massive roosts during the winter months. Every night, we observed hundreds to thousands of birds coming to roost and again leaving collectively in the early morning. What struck us even more was that the mass departures often happened almost instantaneously, in a matter of seconds. How did the birds manage to make such a collective, coordinated decision and under such low light conditions? In a new paper published in Current Biology, we show that it is the birds calling that primes them to leave. Using audio recorders we found that, the louder and the more the birds call, and the more their intensity increases, the quicker the birds leave the roost. Using playback experiments 🔊 we were able to confirm it is really the calling that drives the mass departures, with birds leaving the roost considerably earlier when jackdaw calls were played, while control playbacks did not have any effect. Our study suggests that, through their calls, jackdaws appear to effectively signal their willingness to leave. This provides large groups with a means to achieve a consensus to perform cohesive, collective decisions, such as when to leave from the roost. This may be important as by staying in large flocks the birds may reduce their risk of predation and have various foraging benefits, which is critical during the short days and harsh conditions of the winter months 🌨. The photo is of one of our study roosts, taken sometime after sunset, which shows the blurred shapes of jackdaws and rooks closely roosting together against the purple sky. #sciencepaper #flocking #birdbehaviour #fieldwork #ecology #animalbehaviour #corvids
View on Instagram |
9/9

Droughts have been intensifying over the past decades, it is urgent to better understand how animals living in freshwater ecosystems cope with these radical effects