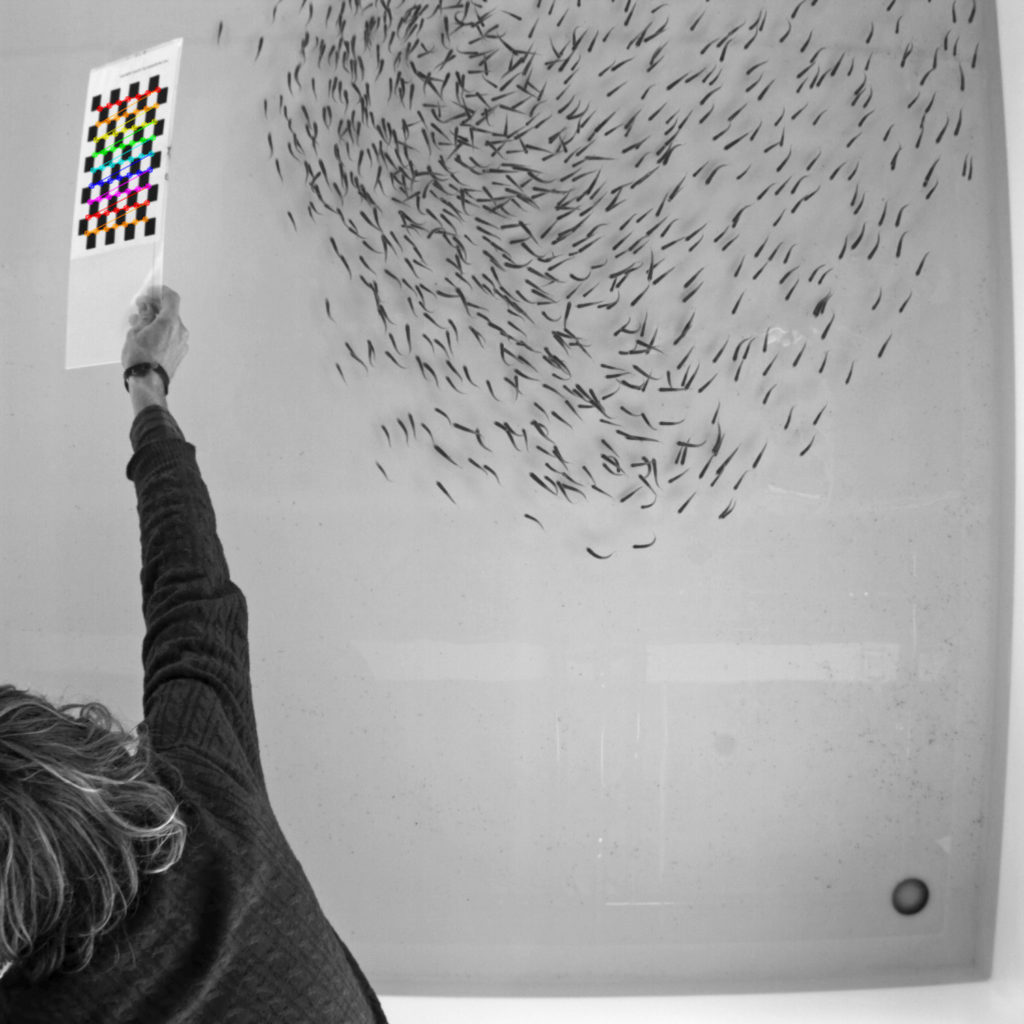 I have recently started a youtube channel (here) to showcase my research projects and interests. As a scientist I believe it is important (and fun!) to engage with the public and make your work understandable to scientists and non-scientists alike. Not only because most science is ultimately payed by the tax payer, but also because one of the main goals of science is to learn more about our world and share this knowledge.

Next to publishing papers it is important to make these papers understandable so that this new knowledge can be appreciated and potentially be used by the general public. The aim with a new youtube channel is to show videos of different aspects of my experiments and projects but also of interesting aspects of social life of both human and non-human animals that reflect my research interests.

Today I would like to share a short video from a recent experiment that shows the successful tracking of five three-spined stickleback fish to investigate the role of animal personality on leadership and group movements.

By tracking the fish we can accurately (mm scale) determine each fish average position in the tank and calculate individual characteristics as well as social parameters for the group, such as group cohesion and leadership. In this particular situation fish 2 was the leader of the group.

I am a von Humboldt and Zukunftskolleg research fellow in the Max Planck Department of Collective Behaviour, Konstanz, Germany. Fascinated by how animals live in groups, my research focuses on the role of heterogeneity in collective behaviour. Read more about the Jolles Lab here.

If you are interested in collaborating or joining the team, drop me an email!

Fingerprinting pike: The use of image recognition to identify individual pikes in the wild https://www.sciencedirect.com/science/article/abs/pii/S0165783620301399

New paper out in Biology Letters today! https://royalsocietypublishing.org/doi/full/10.1098/rsbl.2020.0436 By letting guppies interact with a closed-loop biomimetic robotic fish that was programmed to be highly social, we show that individual speed plays a fundamental role in group-level behavior https://www.eurekalert.org/pub_releases/2020-09/fb-ywb091520.php